MetroSITE Group partners have been running businesses in the cybersecurity industry for more than two decades in various capacities. As such, we are often approached by emerging companies for assistance. We view it as part of our job to help companies securely grow their business and improve our community.

We stay informed of market needs and trends through our ongoing conversations with numerous vendors, investors, and buyers, large enterprises, government organizations, medium-sized companies, market analysts, and others.

Dov Yoran has a career-long focus in information security. He is an active investor, advisor and board of director member to a number of cybersecurity companies as a partner of MetroSITE Group.

Prior to that, he led Strategy, Business Development and Growth for the Cisco Security Business Group. The team focused on OEM, licensing and strategic partners, technology integrations & ecosystems, architecture as well as new market growth opportunities and corporate development efforts across the security portfolio.

Dov went to Cisco as part of the ThreatGRID acquisition in June of 2014. He was co-founder and CEO of ThreatGRID, the first unified malware analysis and threat intelligence solution that helps organizations defend against advanced cyber attacks. Prior to that, he was a co-founder and partner at MetroSITE Group, an advisory services firm to both emerging security companies and large enterprises. Previously, he held several leadership roles at Solutionary (now NTT), Symantec, Riptech (acquired by Symantec) and Accenture.

Co-founder of MetroSITE Group, Elad serves as Executive Chairman of KoolSpan and CEO of Security Growth Partners (SGP). Elad’s more than 20 years in the cybersecurity industry spans experience as an executive, consultant, investor, investment banker, and a several-time successful entrepreneur.  Most recently Elad served as CEO of Vaultive, a pioneering cloud encryption company.

Elad has been recognized as “Entrepreneur of the Year” by Ernst & Young. He is a member of several technology, security and community Boards, including the Cloud Security Alliance (CSA) New York Metro Chapter; and Trustee of the Jewish Chapel Fund, US Military Academy at West Point.  Previously, he served on the FBI’s Information Technology Advisory Council (ITAC) and Department of Homeland Security Advisory Board for Command, Control and Interoperability for Advanced Data Analysis (CCICADA).

Elad authored the Internet Security Threat Report, which was cited in briefings to the U.S. Congress. He served as an officer in the U.S. Army and is a veteran of Operation Restore Hope in Somalia. Elad holds an MBA from the Wharton School of the University of Pennsylvania and a B.S. degree with honors from the United States Military Academy at West Point.

Jennifer Leggio is the Chief Marketing Officer of Virsec. Ms. Leggio has more than 20 years of experience as a marketing, communications, and operations leader, most notably supporting the extremely successful exits of Fortinet and Sourcefire. A proven track record of creating compelling stories that establish new and move existing markets, Jennifer is one of the most highly regarded CMOs in the industry. She is also a self-proclaimed data nerd, and has spent significant time engaging in both tactics and strategies defining sales, business, and company operations and growth plans.

Jennifer held senior leadership roles at Claroty, Flashpoint, Digital Shadows, Cisco (through its $2.7B acquisition of Sourcefire, where she was VP of Communications and Corporate Marketing), and Fortinet, and started her tech career at a public relations agency where she took several security startups from stealth to market. In 2018, Ms. Leggio was named one of the most influential people in cybersecurity by TechRadar and was named a SC Media Advocate for coordinated disclosure and research response in its 2019 Leadership Reboot Awards.

She’s been a marketing writer for Forbes and ZDNet and is currently a member of the Forbes Communications Council and The CMO Club by Salesforce. She was a security writer for ZDNet “Zero Day” and has spoken on ethical disclosure in security marketing at DEF CON, Hack in the Box Amsterdam, RSA Conference, Gartner Security Summit, Inbound Marketing Summit, and SXSW Interactive. She is also an advisor for threat hunting company Infocyte, and a founding Protect Council member for Glasswing Ventures. 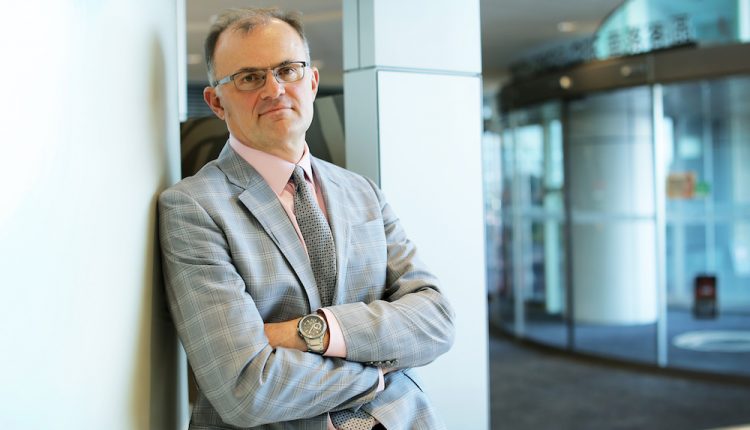 For many years, Jim Reavis has worked in the information security industry as an entrepreneur, writer, speaker, technologist and business strategist. Jim’s innovative thinking about emerging security trends have been published and presented widely throughout the industry and have influenced many.

Jim is a partner at MetroSITE and Co-Founder and Chief Executive Officer of Cloud Security Alliance. Jim has been an international board member of the ISSA, the world’s largest not for profit association of information security professionals and formerly served as the association’s Executive Director. Jim was a co-founder of the Alliance for Enterprise Security Risk Management, a partnership between the ISSA, ISACA and ASIS, formed to address the enterprise risk issues associated with the convergence of logical and traditional security.

Jim founded SecurityPortal in 1998 and has been an advisor on the launch of many industry ventures. Jim is widely quoted in the press and has worked with hundreds of corporations on their information security strategy and technology roadmap. Jim was also formerly Chief Marketing Officer for VIGILANTe, a European security software company. Jim received a B.A. in Business Administration / Computer Science from Western Washington University in 1987 and began his career shortly thereafter as the MIS Manager for InterWest Bank, now part of Wells Fargo.

Kyle is the founder of Tach Tech, and brings 20 years of experience in information technology.  Kyle has held a broad set of key roles at start-up and large companies including Juniper Networks, Bivio Networks, Technology Deployment and Research (“TDR”, acquired by Fusion Storm), Excite@Home, and Cox Communications.

He was recognized by Frost & Sullivan as a “Mover and Shaker”, and continues to be a recognized resource by leading companies, governments, and the press for his knowledge of high-performance traffic processing, network traffic monitoring, and general knowledge of information technology.

He served as Executive Director for dPacket.org, a community that addresses both the technical and social challenges that face the future of networking and global communities due to the rising use of Deep Packet Inspection (DPI).

Kyle is also a partner in the MetroSITE Group, which co-founded the Cloud Security Alliance and provides strategic advisory services for cyber critical infrastructure protection. He also serves on the Executive Board for the CIO Scholarship Fund.  Kyle holds a B.S. in Business Management from the W. P. Carey School of Business at Arizona State University. 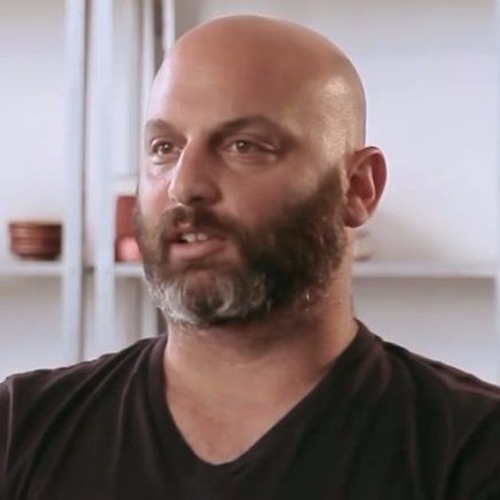 Shaun is the founder of Urban.Us, which funds startups that can positively impact 100 cities within 5 years in areas like mobility, sustainable building, governance, service delivery and resilience. Urban.US organizes a global community to help find and advise startups that help cities.

Shaun’s past investments include Daylife, a news aggregation and analysis platform; GameTrust (acquired by Real Networks), an online gaming company; Koolspan, a provider of plug and play secure networking; TrialPay a provider of online payments and marketing services and ZocDoc, a healthcare provider marketplace; Pluribo, the summary engine. He is also a founder and partner at Mutopo Colaboratorie, a product marketing and innovation agency.

Shaun worked on behalf of Patriarch Partners to identify and build new lines of business as part of turnaround and restructuring projects in the telecommunications, media and textiles spaces. Before this, as VP of Product, Shaun helped start and grow MediaSentry’s product lines where he worked with divisions of Time Warner, Microsoft and Sony on digital content distribution and protection services. MediaSentry was sold to SafeNet Inc (SFNT) in 2005.

Shaun attended MIT where he received an MS in engineering. He has been invited to talk and write on the subjects of technology, media and finance and has been published in Computer Aided Design, MusicAlly and The Economist Group Intelligence Unit.

Tim Belcher is a visionary technologist and serial cyber entrepreneur with several successful exits to his credit. Tim is a partner at MetroSITE Group and serves on Advisory Boards and Board of Directors to several early to mid-stage cyber technology companies. He advises on all aspects of technology, product management and marketing, as well as helping to raise money and has invested in a half dozen start-ups.

He was an investor and Board advisor to Invincea, which was purchased by Sophos in 2017. He served on the Board of ThreatGRID, which was acquired by Cisco Systems in 2014.

Tim was the CTO and VP at RSA, the Security Division of EMC joining via acquisition in 2011. Prior to RSA, he was the co-founder and CTO of NetWitness, the first “deep packet inspection” / “security analytics” company in. At Netwitness, he led technology, product management, and was responsible for the vision of the company. Prior to Netwitness, Tim was the CTO and co-founder of Riptech in 1998, the first Managed Security Service Provider (MSSP), which was acquired by Symantec in 2003. At Riptech, he was responsible for all technology and service development. This technology is still used to power the Symantec service today.

Additionally, Tim was nominated for the E&Y Entrepreneur of the Year award in 2001. Prior to Riptech, Tim ran east coast commercial services for Trident Data Systems, one of the pioneers in the security space. He led assessments of fortune banks, utilities, NASA, the FAA and several other government agencies. Tim began his security career managing a portion of the secretary of defense networks at the pentagon.

Tim is a proud father of three young boys. He is an avid boatman and fisherman, winning the top angler in the largest bill fishing tournament in the world in 2004. Tim is a decorated combat veteran of Desert Shield and Storm.